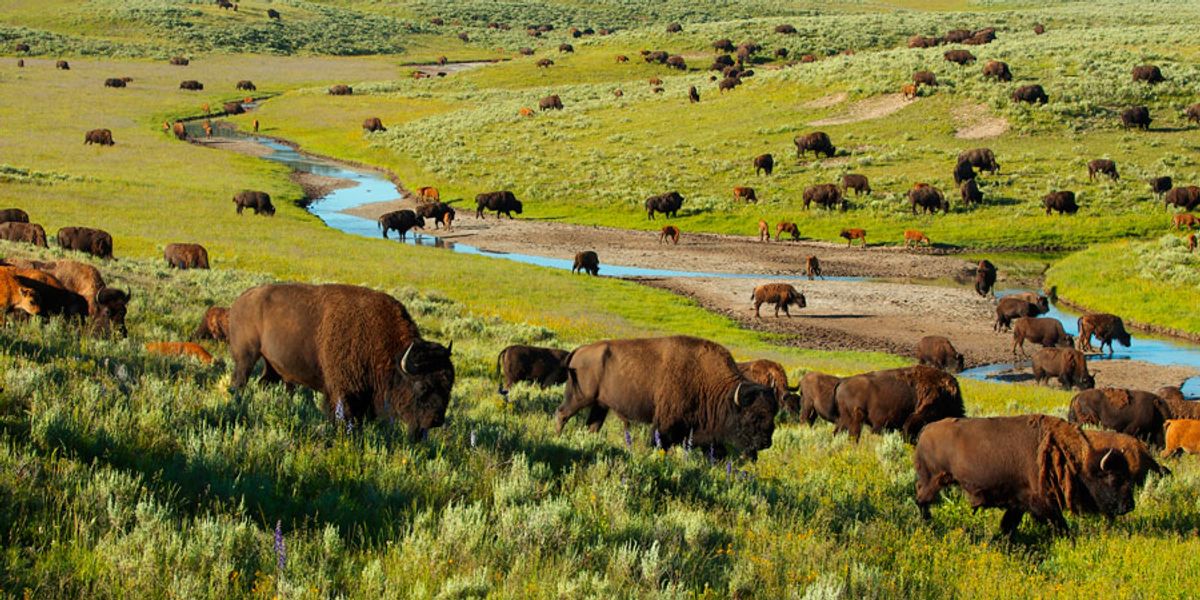 Viewing wildlife is one reason many people head outside. Seeing a large bird soaring overhead or a herd of bison grazing in a distant meadow can turn a simple outing into an adventure you’ll never forget. But, up-close encounters, while certainly memorable, can be bothersome (think small mouse stealing food from your pack) or even dangerous (think giant grizzly bear in the middle of the trail) and are best avoided to keep both you and the wildlife safe.

How to Reduce Wildlife Encounters

These tips apply to many types of wildlife, so whether you’re concerned about encounters with potentially dangerous animals, like bears and cougars, or less-threatening ones, such as mice, skunks, racoons and deer, it’s recommended that you follow them.

Properly store food and other scented items: Leaving food and scented items unattended is like putting up a welcome sign for animals. This includes empty food containers, trash, cookware, toiletries, lotions and all other scented things. If you’re car camping, store food in a cooler and/or car during the day. At night, put everything in your vehicle or a metal bear locker. In the backcountry, store things in a bear canister, bear bag or metal food locker, or hang them in a bag from a tree or pole, when you’re not using them.

Keep odors away from camp: Cook your food and wash your dishes well away from your camp so as not to attract wildlife to where you sleep.

Give animals space: Many animals will not willingly attack unless they feel threatened or provoked. One of the best ways to prevent this is to stay a safe distance away. Doing so not only helps reduce potentially dangerous encounters, it’s also what’s best for the animal—approaching wildlife can cause them stress and force them to waste valuable energy. The appropriate distance varies by species, but one way to think about it is if your presence causes an animal to move, then you’re too close. Yellowstone National Park says to stay at least 100 yards away from bears and wolves, and 25 yards away from all other wildlife. Of course, in a surprise encounter, this may not be possible, but if you see wildlife from a distance, be thoughtful about how close you get.

Stay aware: Use your eyes, ears and nose to stay aware of your surroundings. Doing so can help you head off close encounters. Don’t wear headphones while hiking so you're able to hear what’s happening around you.

Make noise while you hike: To avoid surprising a bear or other potentially threatening animal on the trail, make noise while you’re hiking. You can shout, “Hey bear!” every few minutes, talk or sing loudly with your fellow hikers, clap your hands or strike your trekking poles together. Some hikers wear bear bells, though they may not be loud enough to be useful.

Avoid hiking at dawn or dusk when animals, including bears, are most active. In cougar country, avoid hiking after dark.

Follow Leave no Trace principles: Properly dispose of human waste to avoid attracting critters, and respect wildlife by observing them from a distance and never feeding them.

Research the area you’ll be traveling in: Knowing something about the wildlife you’re likely to encounter will help you be informed about tactics for preventing encounters, and let you know the best way to respond if you do have a run-in. Websites for national parks and other land management agencies can be very helpful.

What to Do if You Encounter a Bear

Our comprehensive article Backpacking in bear country details what to do when you encounter a bear, so we recommend reading that. But here’s the gist: Bears will generally flee when they sense your presence. However, bears can be unpredictable and, in some situations, dangerous. Always leave plenty of space between you and a bear if possible.

How you respond to a bear encounter can be different depending on whether you run into a black bear or a grizzly bear, so it’s beneficial to be able to tell them apart. Black bears live throughout much of the country, have no shoulder hump and have a straight face profile. Grizzly bears are found in Wyoming, Montana, Idaho, Alaska and western Canada. They have a distinctive shoulder hump, small rounded ears and a concave face profile. Black bears and grizzlies can both range in color from blonde to black, which can sometimes make it difficult to tell them apart.

What to Do if You Encounter Either Type of Bear

What to Do if You Encounter a Black Bear

If a black bear attacks:

What to Do if You Encounter a Grizzly Bear

If a grizzly bear attacks:

What to Do if You Encounter a Cougar

Cougars, also known as mountain lions or pumas, are secretive animals that are rarely seen in the wild. In North America, they’re found throughout much of the western U.S. and Canada and occasionally in eastern states and provinces. When they do encounter a human, they will typically retreat if able to; attacks are very rare. If you encounter a cougar, here’s what to do:

If a cougar attacks:

What to Do if You Encounter Bison

Bison are the largest land-dwelling mammal in North America, weighing up to 2,000 pounds. In the wild, they can be found in western states such as Wyoming, Montana, North Dakota and South Dakota. Bison may appear tame and docile, but they are unpredictable and incredibly fast—they can run up to 40 mph. They generally won’t attack unless provoked, but you need to be very cautious—in Yellowstone National Park, bison have injured more humans than any other animal. Here’s what to do if you encounter bison:

If a bison attacks:

What to Do if You Encounter a Mountain Goat

Mountain goats inhabit the mountain regions of northwest North America, including in Alaska, Washington, Idaho, Montana and British Columbia and Alberta, Canada. They primarily spend their time in alpine and subalpine environments. Mountain goats typically shy away from contact with humans, but they can learn to associate people as a source of minerals through sweat and urine and thus approach and follow people closely. You can help prevent close encounters and possible habituation by not allowing them to lick sweat-soaked gear and never urinating within 50 yards of a hiking trail.

If a mountain goat attacks:

What to Do if You Encounter a Moose

Moose are hulking animals found throughout much of northern North America, including in Canada, much of Alaska, upstate New York, northern New England, the Rocky Mountains and northern parts of Minnesota, Wisconsin and Michigan. Moose aren’t typically aggressive, but if they sense a threat they will defend themselves. If you encounter a moose, here’s what to do:

If a moose attacks:

What to Do if You Encounter Elk

Elk are big animals—females can weigh 500 pounds and males 700 pounds—and they can attack if they feel threatened. Elk can be particularly aggressive during mating season, which is generally in the fall. They are found primarily in western North America, in mountainous landscapes. If you encounter elk, here’s what to do:

If an elk attacks:

What to Do if You Encounter a Snake

Snakes are generally nonconfrontational when left undisturbed. And, in many cases, they are nonvenomous and therefore pose little risk. But, if you surprise a venomous snake, such as a rattlesnake, or one that you can’t positively identify as nonvenomous, then you should proceed with caution. If you encounter a snake:

If a snake bites you:

How Cycling Makes You Smarter and Happier
Apr 04, 20

Why not encourage cycling during the coronavirus lockdown?
Mar 25, 20

5 INDOOR CYCLING WORKOUTS TO HELP YOU LOVE YOUR TRAINER
Mar 25, 20

Why Train with a Bike Trainer: 4 Golden Rules of Indoor Riding
Mar 25, 20